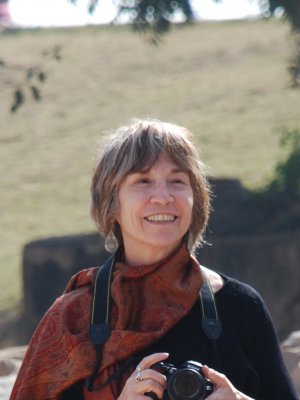 Thea Jean Greenhalgh, loving mother, sister, aunt, cousin, and friend, passed away on the morning of October 21, 2016, from complications of ALS at the age of 67.

Thea had recently moved to Washington, D.C., a lifelong aspiration, to live with her daughter Emilie. She passed away peacefully, holding Emilie's hand.

Thea was incredibly dedicated to her challenging career as an appellate attorney for the state of California, believing strongly in the right to a fair trial for all, including marginalized minorities, the indigent, and the mentally disabled. Thea found her calling as a lawyer later in life, bravely starting law school at the New College School of Law in San Francisco as a single mother at the age of 40. She was born in Salt Lake City, Utah on September 1, 1949, moving to Cloverdale, California in 1951 where she grew up and attended high school.

As a flower child of the late 1960s, she attended San Jose State University and eventually graduated from Sonoma State University with a degree in Psychology. Thea was a deeply spiritual person, dedicated to astrology, tarot cards, and practicing yoga. Upon making a new friend, she relished learning their astrological sign and discussing its significance. Thea also was a lifelong animal lover, considering her cats and dogs as cherished friends and companions. She could not bear to watch an animal suffer, and was a frequent contributor to charities supporting animal welfare. She kept beautiful gardens wherever she lived, partly to attract as many birds as possible, but also because she loved the beauty of nature. She was a skilled gardener and was known for the exquisite roses she grew.

When she could get away, Thea loved to travel. She was an exceptional travel planner, organizing elaborate trips to Nepal, India, Cameroon, Italy, Greece, Turkey, and Austria, among others, preferring to travel with her daughter and collecting beautiful art and keepsakes wherever she went. She was known by all for her big smile and contagious laugh, her strength and independence, and her dedication to life-long learning.