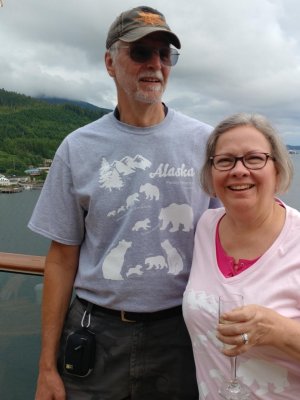 Terry John Buetikofer was called home by his Lord and Savior on January 13, 2022, surrounded by his family, with whom he left an inextinguishable spark of faith, love, curiosity and creativity. Terry was born in Corry, Pennsylvania on January 27, 1954, the son of the late John Elmer Buetikofer and Kathleen “Kay” (Koeppel) Buetikofer of Erie. Terry met his wife, Kathleen Spaulding, in 1974 and the couple married on May 8, 1976. Together, Terry and Kathy forged a marriage centered on the Lord, built a life they loved and were blessed with two clever and talented children, Michelle and Michael, and daughter-in-law, Lilin. After a life of adventure together, living in Phoenix, Arizona; Muskegon, Michigan; and Fort Worth, Texas during Terry’s distinguished 45-year career as a systems analyst for GTE (later Verizon), Kathy and Terry were thrilled to retire back home in Erie. The couple of 45 years then experienced the indescribable joy of doting on their brilliant grandchildren, John Spaulding, Jakob William, Kayla Cristina, James Michael and Joseph “Joey” Adam.

Terry was a tremendously hard worker, and he was a great thinker, voracious reader, vibrant artist, lover of music and the outdoors. But most importantly, he had a heart for God and used his exceptional gifts to serve Jesus, his family, friends and community. He worked tirelessly for the American Red Cross Code4Good, developing code for use in disaster aid and deployment systems, he was a dedicated volunteer for the Flagship Niagara League and supported those in need by assisting with tax filings. Still, Terry found time to nurture his deep love for music (‘70s prog-rock band Camel and Steely Dan), hone his wood-working skills and explore Presque Isle during daily rides on his beloved bicycle. Terry’s mechanical skills and love for cars was shared with his son, Michael. His friends and family reveled in Terry’s lambent wit and delighted in his sardonic humor, and they sing praises of thanksgiving for the time Terry was with them on his earthly home.